“Author: Jessica MinasianLet’s face it. Sometimes, you might be leading a meeting and realize that things aren’t going your way. Attendees are not engaged, they’re more interested in their phones than what’s going on in the room, miscommunications are firing, and you’re left standing in front of a few unhappy people.
Being that it’s baseball season, and I’m a huge fan of the San Francisco Giants (go Bumgarner!), a sports psychology term came to mind: a shift in momentum. It happens when a series of points are lost or won during a game, and those actions change the momentum. Athletes, coaches…” Read more at Yoast >>

Brought to you by 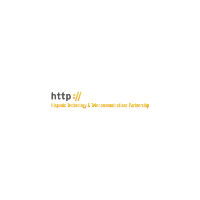 How to Run a Better WordPress Agency Using ManageWP

91% of Content Gets No Traffic From Google. And How to Be in the...

New Guide on How to Position Website Security for Customers

Google Partners Features Have Been Moved to Google Ads

Kanaan & Co. is your source for digital marketing news, updates, and tips from around the web and from top industry influencers.

We are looking forward to review your message and get in touch.